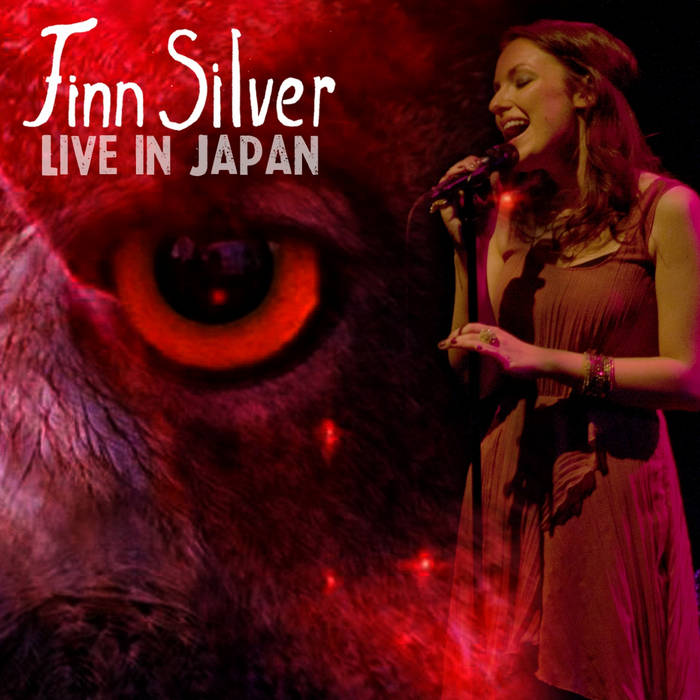 When in May 2011 Finn Silver released their debutalbum Crossing the Rubicon, no one had foreseen the journey they were about to experience.

Two weeks after the release of the album Itunes Japan asked if they could make Finn Silver's song 'Roadtrip' their single of the week.

This single feature resulted in nearly 60.000 downloads of the song in Japan, airplay on some of Japan's biggest radiostations, a recorddeal to release a Japanese edition of the album and eventually a tour to Tokyo and Osaka.

These recordings were made during their concert at Billboard Live Osaka, on January 25th 2012. The band features:

More about Finn Silver:
Sweet songs with a vicious edge. Light as a feather singer Fridolijn van Poll and her band guide you along deep cliffs of broken beats, disturbing jazz and mysterious singer/songwriter melodies.

Producer/composer Mark Berman and singer/lyricist Fridolijn van Poll worked on Finn Silver’s debut album for two years, teaming up with international top musicians like London based drummer Richard Spaven (Jose James / Flying Lotus), saxophonist Ben van Gelder, Brazilectro-pioneer Stefan Schmid (Zuco103) and bassplayer Ernst Glerum (Boy Edgar prize ’09) a.o. The album was recorded at the Jazzanova studio’s in Berlin. The result is a refined and impressive debut that enfolds the band’s passions for jazz, singer/songwriter and electronic music into catchy songs . As JAZZANOVA likes to put it: “Beautiful jazz-pop songs that are light on the ear, but full of fascinating details’’.
In May 2011 ‘Crossing the Rubicon’ was released on the band’s own label Jazzberry Records. From the start it has been collecting one raving review after another, occupied the #1 position of the Dutch jazzcharts for more than three weeks, and named Finn Silver ‘Breakthrough Jazz Artist of the Year 2011’ on Itunes Holland.
Finn Silver’s first single Roadtrip sent the band on the trip of their lives, getting airplay and appearances on national radio & tv and being on #1 position of the jazzcharts for three weeks. In June 2011 Roadtrip was named Single of the Week on Itunes Japan, causing a staggering 60.000 downloads and a # 2 position in the Japanese jazz charts. In November 2011 the Japanese edition of Crossing the Rubicon was released, followed by a successful tour along the renowned Billboard Live clubs in both Tokyo and Osaka in January 2012. The Japanese success has opened the gates to the rest of the world, with the album being released in more than 12 countries including China, Korea, Thailand and Poland.
With this exceptionally strong entrance, live shows at venues like Paradiso Amsterdam, Billboard Live Tokyo, the North Sea Jazz Festival and the newly released album in their hands there is no denying that that Finn Silver is here to stay and ready to hit the festivals and stages around the globe in the coming years...
Finn Silver – Crossing the Rubicon – Jazzberry Records©

- “Crossing The Rubicon has to be one of the most impressive debuts of 2011 and deserves a place as one of my albums of the year. Finn Silver have arrived in style…” – TokyoJazzNotes.com

- “…With ‘Crossing The Rubicon’ Finn Silver is aiming for the throne of jazzy Holland. They do this in a gentle way, but with such much elegance that the crown is ready to be handed…" - translated damusic.be (Belgium)

These recordings were made during at Billboard Live Osaka - Japan, on January 25th 2012. The band features:

Bandcamp Daily  your guide to the world of Bandcamp